The role of a statistician in drug development: Phase II

Since Phase I trials are usually performed in healthy volunteers, Phase II is the first stage of the drug development process, in which the new drug is tested in patients. The aim of Phase II trials is to find out if the new drug is effective in patients through hypothesis testing and at what dose the balance between efficacy and safety is optimal. The number of patients in these trials range from around thirty to a couple of hundreds, and they usually do not last longer than 2 years[1]. In these trials usually a new treatment is compared to placebo, sometimes also to an already existing treatment or a placebo treatment. In Phase II oncology trials all patients receive the same dose, while in other trials participants are randomly assigned to different treatment groups. These groups may get different doses or get the treatment in different ways to see which provides the best balance of safety and efficacy. In non-oncology drug development there are typically 2 types of trials in Phase II:

If the new treatment is found to be equally or more effective than the existing treatment, then the study progresses to Phase III trials, where the drug or treatment is tested on more individuals. The failure of a drug in Phase II trials mainly occurs when it is discovered that the drug has some toxic side effects that were not observed in Phase I or failed to show sufficient efficacy for the medical condition under question.

A general introduction of how the followings questions are answered can be found here: General Introduction on Drug Development

1. What are the responsibilities of a statistician in this phase?

Ideally the role of a statistician can be quite varied in a Phase II clinical trial. Statisticians assist in translating the findings from Phase I into a Phase II design that  aims to determine the dose and exposure range in which the drug is active. Thus they help in optimizing the design of the study (for e.g., suggesting optimal dosing regimens and correct sample size estimation) to accomplish the Proof of Concept much faster. Apart from assisting the clinicians in proposing a new design or method for the study, they also help in a literature review of other existing methods in the same study. They further help in implementing the new methods, drawing conclusion from the results and benchmarking the new method with the existing methods and determine how efficient the new method is. They help in conducting simulations for complex Phase II designs (e.g., adaptive designs). They also assist in writing the statistical analysis plan (SAP) for a clinical trial, writing statistical reports based on the results of a trial  and co-authoring publications that describe the study and its conclusion[2].

2. With whom do statisticians collaborate in this phase? 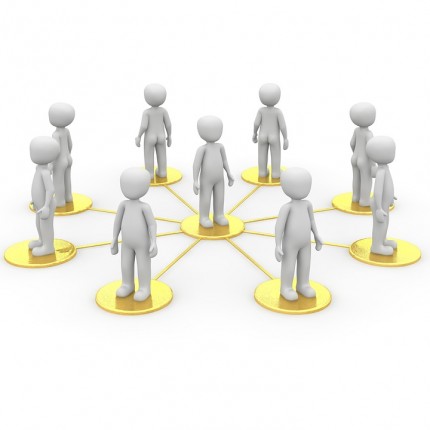 Statisticians generally get involved very early in a Phase II trial development, when an investigator who may be a drug developer, clinician, medical oncologist, radiation oncologist, surgeon, pharmacokinetic expert, discovery scientist, virologist or other investigator, is interested in answering a question about a drug. Statisticians are typically consulted early so that they can help advise on the design of the trial. Such advice will include for example, whether or not it an oncology trial should be randomized, controlled trial, what sample size is required or what end-points would be appropriate for that trial. This is, in general, an interactive process, in which the statistician collaborates with pharmaceutical partners, regulatory agencies and other interested parties and together investigate the problem. Statisticians often meet with cross-functional teams, including clinicians and other statistical consultants to continue high level discussions on drug development issues. They also have to work with the data management teams because data handling, data security and maintenance are primary concerns in clinical trials. Some pharmaceutical companies have statisticians assigned or specialized in a particular drug or a particular therapeutic area.

3. What are the major challenges emerging from these collaborations?

Outside of large pharmaceutical companies and research institutions, the statisticians is often treated as an inactive co-investigator and are sometimes very sparsely involved in the  planning and analysis of a clinical trial. Often they are not brought in until one of the following situation arises: trials have been rejected for lack of statistical input or the clinician is unsure about what to do after the data collection is complete. However the role of the statistician is quite critical. Statisticians cannot rescue a poorly designed trial after it has begun or to quote Fisher, “To call in the statistician after the experiment is done may be no more than asking him to perform a postmortem examination: he may be able to say what the experiment died of.” Thus the statistician should be deeply involved throughout the entire cycle of the clinical trial as his or her advice is crucial for the success of the trial.

According to some responder of our surveys, a major challenge in these collaborations is the transparent communication between clinicians and statisticians. Since different functional responsibilities and different perspectives come into play, there is often a huge communication gap between statisticians and collaborators. The clinical problem is not conveyed properly to the statistician or the problem is misinterpreted by the statistician, thereby leading to spurious analysis. However, other responder mentioned that communication is actually not a huge problem in his experience at a large pharmaceutical company and due to strict regulatory oversight, pharmaceutical company trials are very carefully designed.

4. What are major ethical challenges in this phase?

The ethical challenges in this phase directly result from the unique setting of Phase II, where studies are performed with a new treatment, for which there are still a lot of uncertainties regarding the efficacy and the right dose levels. It is therefore important to consider the benefits and the risks of this new drug for patients. On the one hand one does not want to stop the development of a drug that is actually effective and might help many patients, but on the other hand one also does not want to expose patients to an ineffective treatment, which possibly also has side effects. From an ethical point of view it is therefore important to weigh benefits and risks for patients.

5. What are the major statistical challenges in this phase?

One of the major statistical challenge in Phase II is the relatively small sample size, something which always makes a statistician’s life difficult. Another challenging aspect is the decision of choosing between a more model-based or a hypothesis testing type of approach. Since dose-finding plays an important role in Phase II, designing a trial to find the correct dose is a clinical, as well as a statistical challenge. Another difficulty lies in the fact that Phase II studies are relatively short, so it is often not possible to measure long-term endpoints, which are of interest in the Phase III trials that follow. These long-term endpoints then have to be replaced by shorter-term endpoints (for example a biomarker, which can quickly be measured). Choosing the right endpoint and extrapolating the results correctly in this situation is a challenge with a clinical and a statistical component.

6. Which innovative study designs are particularly important in this phase?

Adaptive and two-stage designs, which allow for early decision-making, are attractive in the Phase II setting, because they can serve the interests of the patients as well as the drug developer. Trials with ineffective or possibly toxic drugs can be stopped early, which reduces the risk for the patients. Additionally, adaptive designs allow for changes to an ongoing trial, for example by changing the dose levels, which are used in the trial. Since dose-finding plays such an important role in Phase II, designs which allow for effective dose-response modelling are also commonly used. This usually means choosing dose levels for the different treatment arms in a way that allows meaningful information about the relationship between dose and response to be obtained.

7. Which statistical analyses are most important in this phase?

Modelling plays a crucial role in Phase II. Nonlinear regression, mixed, hierarchical and pharmacological models are useful tools, especially if one is interested in modelling dose-response relationships. MCPMod[3] is a relatively new method, which can be used both for trial design and analysis in dose-finding trials and is therefore a very important analysis method in Phase II. In addition, interim analyses, which are performed before the completion of the trial, are an important tool. Related to these are multiple testing methods, which have to be applied when several evaluations of one or more endpoints have to be performed within the same trial.

8. How often are Bayesian methods used?

Bayesian methods were reported to   used sometimes, with people inclining to say that they should be used more often.   As one of our responder mentioned:   Sometimes Bayesian methods provide an easier or more intuitive way to communicate the results.

9. What are the statistical topics that are particularly “hot” in this phase?

Being mentioned before in the most important analysis for Phase II, it MCPMod  was also mentioned as a ‘hot’ topic for research to continue developing this approach.  A growing topic may be the CONSORT statement, a guideline that was originally designed as a tool to inform the results of Phase III clinical trials, which is now being extended to cover also Phase II and Proof of Concept trials. This, although not being a purely statistical topic, may have major implications on how to report and publish analyses from this phase.

Although there is a great potential in the newly published methodology for Phase II trials, it takes some time to apply it regularly in practice. According to the people we interviewed, this may be because of various reasons: lack of knowledge, regulatory acceptance of new methods, or simply because there is some resistance to their application, which may be a good thing because it helps ensure that the methods we implement are fully evaluated before they are applied. However, it is also mentioned that, in some clinical trials, the extra effort that it takes on the administrative side to carry out a sophisticated statistical approach does not pay off in terms of the expected gain: not only do you need trained clinical staff and statisticians, but also a validated software to perform such analyses. Another example are the seamless Phase II/III designs, which could impose a high burden on how the sponsor has to deal with the data review in the first part of these trials, keeping its blindness on the preliminary results to ensure the trial is not manipulated.

11. What is the connection between Phase II and Phase III studies?

Only some few years ago, there was a debate if Phase II trials are really useful. However it is now clear that Phase II trials are crucial in the drug development process, since the dose(s) selected in Phase II is the one that will be evaluated in the next phase. But the data we capture in Phase II, is now not only used to determine the optimal and safe dosing regimen to achieve adequate efficacy, but also to predict the results of the following Phase III study.

“This blog was written by Marius, Nico and Saswati”

Or copy and paste this page address:
https://www.ideas-itn.eu/the-role-of-a-statistician-in-drug-development-phase-ii/