The Adaptive Trials Workshop in Turin (or the perks of being an IDEAS Researcher part 4), by Elvira Erhardt

Only one and a half weeks after the IDEAS summer school in Lancaster (https://www.ideas-itn.eu/ideas-summer-school-lancaster-12th-16th-september-2016/), the next big event was coming up for Josè and me, the ESR at the Politecnico di Torino: the “5th Early Phase Adaptive Trials Workshop” was taking place in our department end of September! As we were part of the Organizing Committee, we had the great luck to experience all steps of planning and performing the workshop at first hand. 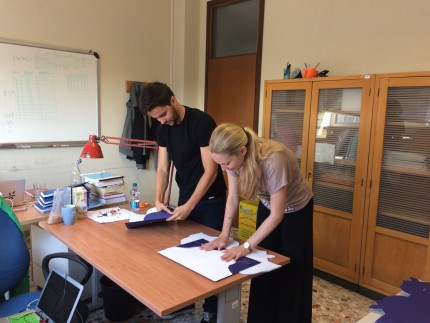 Of course, there was a lot to think about long time in advance: Invitations had to be send out via email almost one year in advance and we gained some skills in html-programming by creating the workshop’s website (http://calvino.polito.it/~probstat/torino2016/general.html).

We helped keeping track of the registered people, and also if they have special wishes or dietary restrictions. Furthermore, the locations for the event and the social dinner had to be reserved and the lunches and catering for coffee breaks had to be ordered.

The last step right before the workshop was to prepare the workshop folder and name tag for each participant – real handwork (we felt like interns again)!

As an opening of the Workshop Prof. Ken Cheung (Columbia University, USA) agreed very kindly to give a one-day tutorial about early-phase dose-finding. 15 Professors and PhD Students attended this very interesting introduction.

The day after, the workshop began officially with a short introductory speech of our supervisor Prof. Gasparini.

In total, 43 researchers from all over the world attended of which 18 were presenting in 16 interesting talks about new discoveries in adaptive trials. Naturally, also some of our IDEAS supervisors and student fellows were among them!

During the Gala dinner on Thursday – over the typical Italian 4-course-menu and delicious red wine – we had once more the chance to get to know the other workshop participants better.

After one day of tutorial and two days filled with scientific presentations, the program was not over yet! Since Turin is close to the famous wine province Asti, we had booked a Wine Tour on the subsequent Saturday, which found great interest among the workshop members. The bus picked us up in the morning, and we did a tour around the Langhe, Roero and Monferrato hills, an UNESCO World Heritage Site. We were guided through the wine-yards where we learned how the wine plants need to be maintained.

Our walk continued to the winery of Franco Francesco, there we could enter the wine cellar and see, how the harvested grapes are transformed into wine and grappa, stored in barrels and filled in glass bottles. After having learned so much about wine production, we could enjoy the final product together with a tasty lunch buffet!

The last stop of the day was downtown Alba, the city famous for its white truffle and as headquarter of Ferrero.

To wrap up, it was a great experience for all of us. We made new connections in the biostatistics community, and learned a lot about all the things you have to consider when organizing a workshop (more than we could have imagined!). At the same time it was a very good practice for the IDEAS summer school hosted by the Politecnico in Turin next year – we are prepared :0) 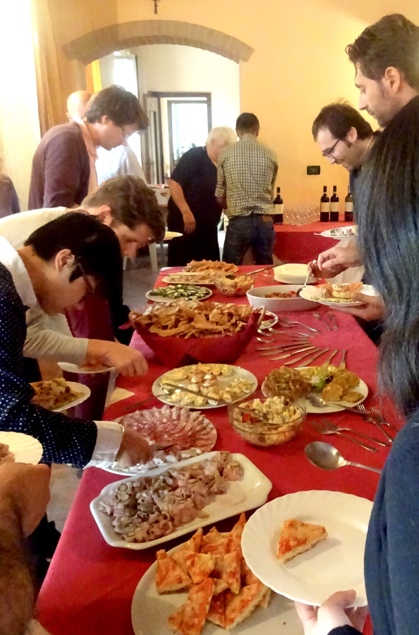 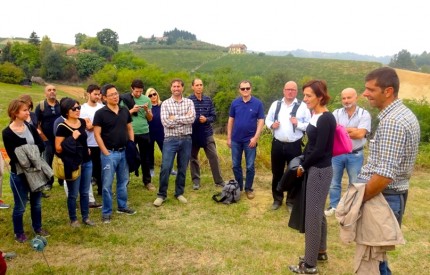 Or copy and paste this page address:
https://www.ideas-itn.eu/the-adaptive-trials-workshop-in-turin-or-the-perks-of-being-an-ideas-researcher-part-4-by-elvira-erhardt/