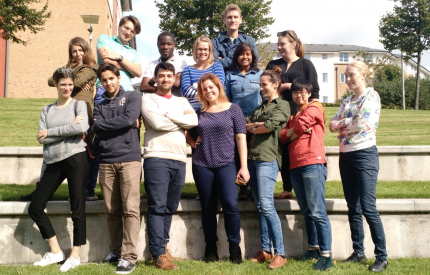 The first IDEAS Summer School was hosted by Lancaster University, UK 12th – 16th September 2016. It again brought together all of our partners and was attended by 35 delegates representing both academia and industry. The official opening of the IDEAS Summer school was kindly provided by Pro-Vice Chancellor for Research at Lancaster University, Professor Stephen Decent.

The first 2 mornings of the Summer School were designated to in depth presentations by each ESR researcher. Each presentation stimulated lively discussions and that provided alternative ideas to the challenge presented. More traditional training courses were provided throughout the week on Pharmalogical Modelling from Lisa Hampson and Tom Jacobs, Parallel Computing in R and SHINY by Christopher Jewell and Drug Regulation & Development in the EU by Milton Bonelli, EMA. 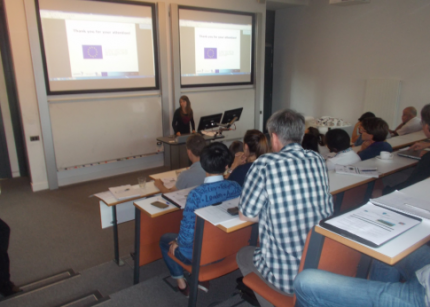 The Summer School also provided us with the opportunity to provide training sessions to our researchers on “How to manage project” and “Presentation Skills” which will feed into future career skills.

Between sessions our researchers and supervisors were able to participate in team building exercises I’m a survivor and Escape Rooms whilst the network Administrative Board Meeting was held in parallel.

Professor Thomas Jaki, IDEAS Project Coordinator said: It is great to see the enthusiasm of the researchers for their work and the engagement of partners into the project throughout the week. What impressed me most, however, was the big step forward the ESRs have made in their presentation skills during the last 4 months.

The next IDEAS event will be held in Turin, September 2017.

Or copy and paste this page address:
https://www.ideas-itn.eu/ideas-summer-school-lancaster-12th-16th-september-2016/