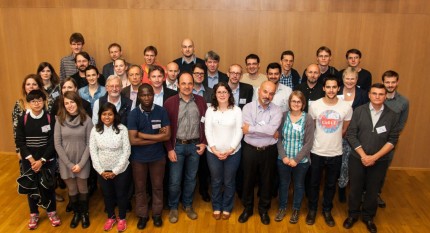 The IDEAS partners gathered at the Kick off Meeting, Vienna 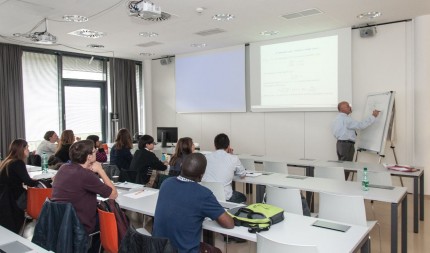 The first IDEAS event was hosted by the Medical University Vienna, on 19th – 23rd October 2015. It brought together for the first time all our partner supervisors and researchers and was attended by over 35 delegates representing both academia and industry. The workshop began with a half day get to know each other session for the IDEAS researchers whilst the network Administrative Board Meeting was held in parallel. The official opening of the IDEAS Kick off Meeting was kindly provided by Vice Rector for Research and Innovation of the Medical University in Vienna, Dr. Michaela Fritz. During the afternoon high-profile speakers gave a series of intensive tutorial-style talks introducing the students to important aspects of the IDEAS work packages including: Dose-finding in drug development; Recent developments in benefit-risk decision-making in drug regulation and other interesting topics. The presentations provided excellent insight for our researchers in these and related areas.

During the following 4 days the project team was introduced to the individual projects themselves as well as provided with further intensive talks around Ethics and Drug Development. Between sessions our researchers were able to participate in team building exercises including a guided tour of Vienna and the popular Dialog in the Dark.

Professor Thomas Jaki, IDEAS Project Coordinator said: The Kick off Meeting was very successful and provided an excellent opportunity for our early stage researchers to meet one another and interact with the expert speakers.

The next IDEAS event will be held in Traunkirchen, June 2016.

Or copy and paste this page address:
https://www.ideas-itn.eu/ideas-kick-off-meeting-vienna-19th-23rd-october-2015/